A-WA: These 3 Israeli Sisters are Mixing Arabic, Hip-Hop, and their Yemenite Roots 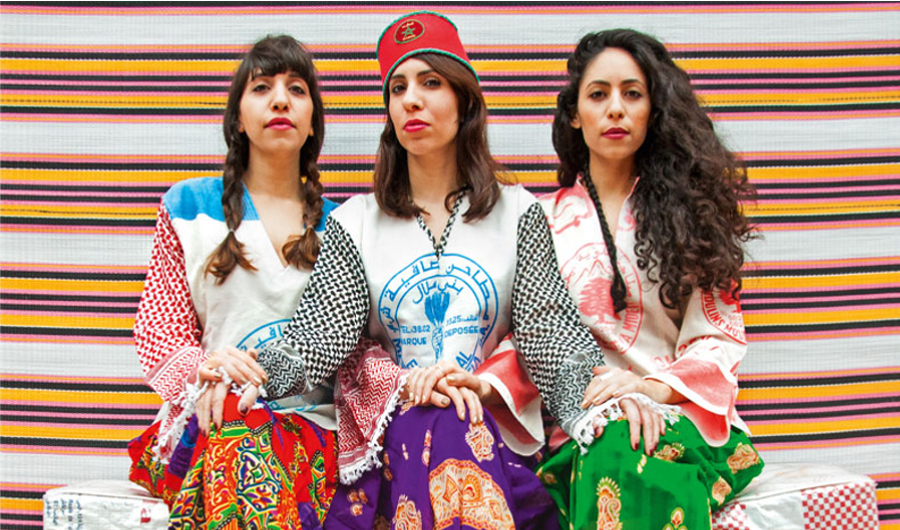 How to describe A-WA? Israeli, Yemenite? Jewish, Arab? Traditional, Modern? Electronic, Hip-Hip? These three musical sisters are breaking all rules, and the result is simply stunning. They are rocking the charts across the Middle East, and you need to hear them right now.

Listen to their viral-hit, “Habib Galbi”:

A-WA (pronounced: “aywa”) is winning hearts and ears in Israel, the Arab world, and in the U.S. as well. Their single Habib Galbi was the first Arabic song ever to hit #1 in Israel’s music charts. The music video has over 5.6 million YouTube videos, many of them from Arab nations. Additionally, the song has been featured on some of the most prominent Arabic music blogs. A-WA is just now breaking into the American scene, kicked off by a smash-hit performance at last year’s South by Southwest festival.

The sisters of A-WA have a story as unique as their sound. Tair, Liron and Tagel Haim were born in southern Israel to Mizrahi Jewish parents: their mother is from Morocco and their father is from Yemen. The parents immigrated to Israel when Jews were expelled from their Arab home countries in the mid-20th century.

The Haim sisters grew up loving music, especially the traditional Yemenite music played at home by their father. The trio began uploading videos of themselves singing to the internet. They were eventually discovered by Tomer Yosef, the lead singer of famous Israeli rock band Balkan Beat Box. He got them signed to a major Israeli record label.

Mixing beats from their mixed heritage, A-WA combines the old and the new, with beautiful results. Their unique sound is very cultural but also very modern. They are making Israel proud, and they are taking World Music global.

Which song is your favorite? Tell us in the comments!