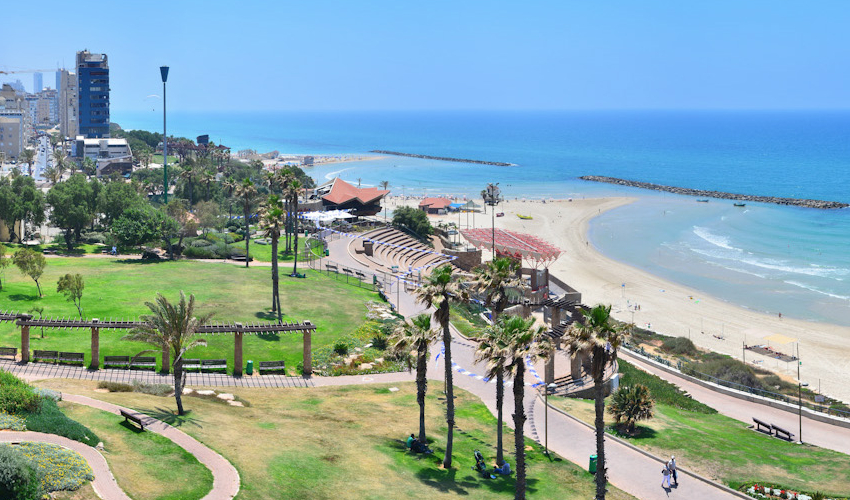 The following interview of Gal Shoffet was conducted by Elan Karoll.

Elan: What expectations did you have going into your year in Israel?

Gal: I had no idea what I was getting into! I was terrified because I was going to meet 60 people from around the country that I had never met before, and I was going to live with them and spend a year with them. I had been to Israel before but I had always gone as a visitor. This was the first time I went to live there – to buy my own food, to be a part of society. It was a very different experience. For the first time I was not a tourist.

The program was comprised of 3 sections: 3 months each. The first was in Arad, the second in Jerusalem, and for the third part I lived in Bat Yam. In Arad I participated in a mock Israeli Army program meant to give teenagers from around the world a taste of what every Israeli teenager has to go through when they finish high school. While living in Jerusalem, I took courses that revolved around Israeli culture and history. I also had the opportunity to travel around Jerusalem to see the history with my own eyes. In the last portion of the program, I volunteered teaching English at an Israeli high school for youth at risk and kids with special needs so that they could pass their pre-army proficiency tests.

What most surprised you about your study abroad experience?

I was so surprised how similar the other the other students were to me, even though these were kids from all different backgrounds. We had similar life stories, experiences growing up, and values. This made it so easy for us to bond and we became a family in about a month. What also surprised me was how much of Israeli I had yet to discover despite being there 18 times before this trip.

You had taken 18 different trips to Israel before?

Yes, and now I’m at like 23 trips. My entire extended family lives in Israel and growing up I was always given the choice of either attending Jewish summer camp or going to Israel for the summer. I chose Israel every time. Throughout those trips I made many friends and I was able to visit them, and family, throughout the course of my study abroad.

What are the advantages of studying abroad versus staying on campus?

Studying abroad lets you get an out-of-the-box picture of campus life, college, and the USA. You speak a foreign language, witness and participate in a foreign culture, and you really get to know people who are completely different than anyone you have met before. There was just something really maturing and eye-opening about the whole experience. You come back to America a different person than when you left. I highly recommend studying abroad in Israel to other students. 100% do it.