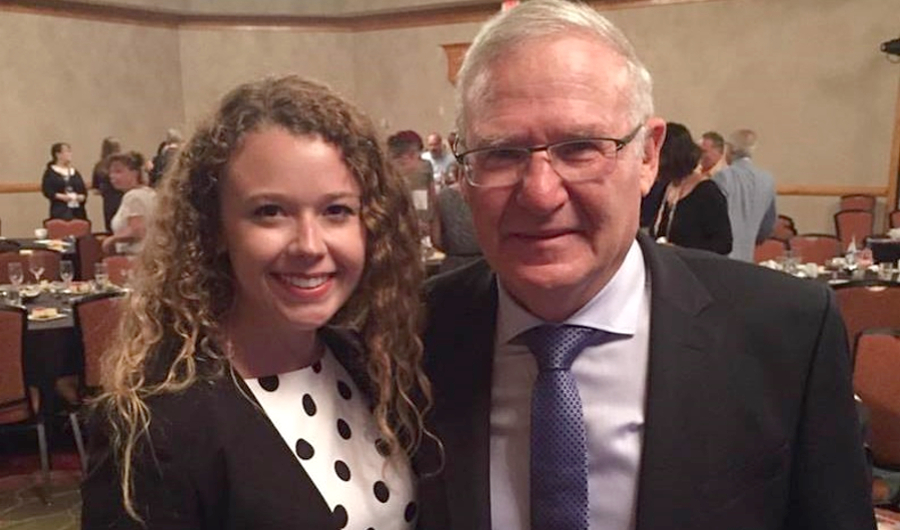 Shani Benezra addressed a crowd of hundreds at the AIPAC Indiana Annual Event in Indianapolis on August 15th, 2017. The attendees included Members of Congress, representatives of the U.S. and Israeli militaries and notable activists and philanthropists. She spoke about her passion and commitment to a strong U.S.-Israel relationship and her work with Illini Public Affairs Committee (IlliniPAC). Benezra also told the story of her grandfather who fought and died in the Six Day War and inspired her on-campus advocacy.

“Each time I am able to share my family’s story, I am moved by the effect it has on the pro-Israel community,” she said, “I am honored.”

Benezra is a senior at the University of Illinois at Urbana-Champaign studying Broadcast Journalism. She serves on the executive board of IlliniPAC and formerly acted as its President.

Benezra shared the stage with Israeli Retired General Amos Yadlin. He is the director of Tel Aviv University’s Institute for National Security Studies. Yadlin served more than 40 years in the Israel Defense Forces, nine of which he was a member of the IDF General Staff and worked in the Israeli Military Intelligence.

We thank Shani Benezra for representing University Illinois students so well, and we thank Retired General Yadlin for his lifelong work in protecting the State of Israel.