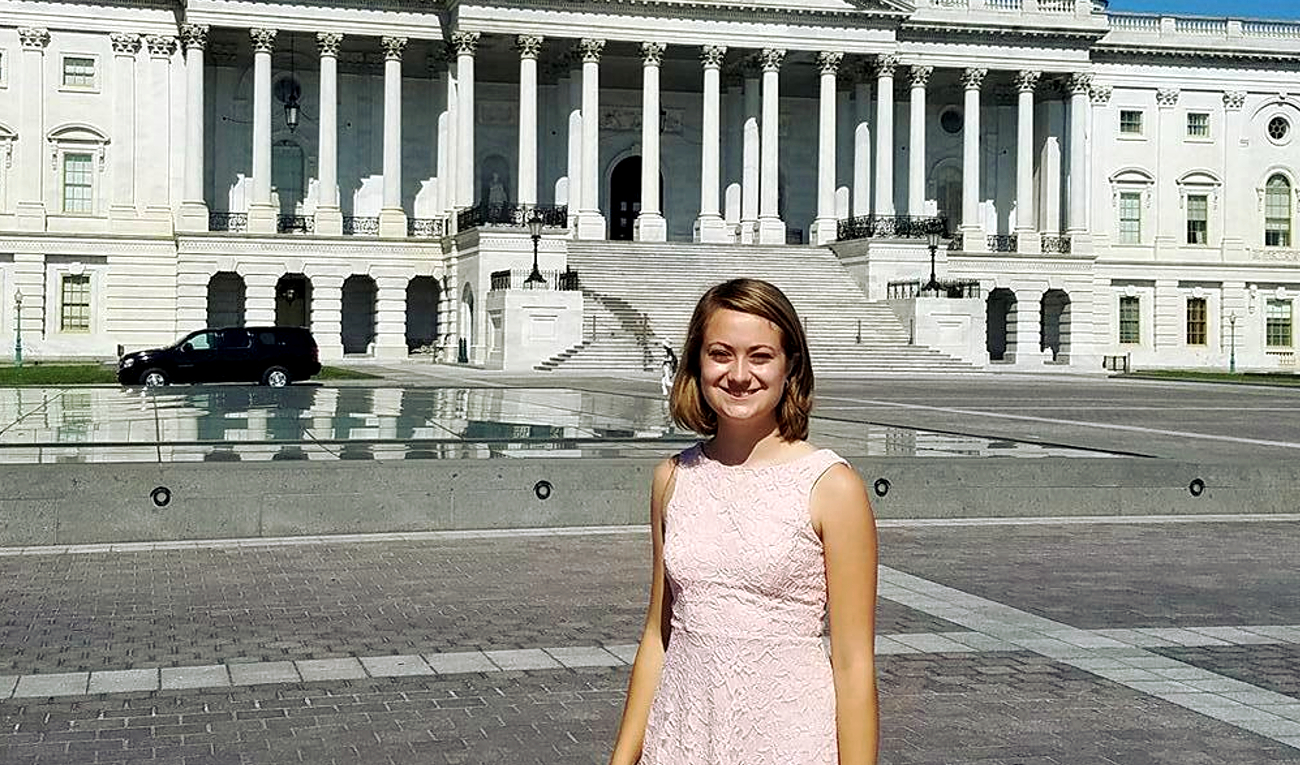 I am so thankful for the opportunity to attend my first AIPAC Policy Conference this year with other students from the University of Illinois at Urbana-Champaign. Too often on our college campus, the word “zionist” is thrown around as an insult; the term is put at the same level as “white supremacist” and “fascist”.

I visited Israel for the first time this past January. Coming back to the University of Illinois was difficult at times, especially seeing divestment come back to campus. When I saw hatred towards my Jewish friends simply for their identity and beliefs, I was heartbroken. There were so many lies being spread on campus about Israel. If I hadn’t taken the time to educate myself about issues in the Middle East, I could have believed the lies too. Instead, I made it my goal to educate others and encourage them to study issues themselves.

When I was at AIPAC Policy Conference, I found pride in being called a zionist. Although I am not Jewish, I firmly believe in the right of the Jewish people to self-determination in their homeland. AIPAC helped remind me and further educate me about the special relationship between the US and Israel. Being in the same room as thousands of other people who support Israel was amazing.

Although everyone at AIPAC had different beliefs and came from different backgrounds, we were united in our support for Israel. In an era where you rarely see bipartisanship occur, AIPAC went against the grain. I found myself standing up and cheering for politicians with whom I don’t agree at all on domestic policy.

One element of the conference that interested me was attending AIPAC breakout sessions about international law which helped me break down legal issues, a pastime of mine. I also attended a breakout session about the persecution of Christians in the Middle East. Being Christian, I realized how incredibly thankful I am that a country like Israel exists in the center of the Middle East, allowing other Christians to practice their faith freely. Without Israel, I quite frankly do not know if I would be able to visit my holy sites, as I was able to during my visit.

There was one speaker in a general session who said, “Just because I am pro-Israel, doesn’t mean I’m anti-Palestinian. I’m pro-people.” This quote stood out to me. On our campus, far too often the conversation devolves into pro-Israel vs. pro-Palestine. Just as with any issue, it’s not black and white.

Only when we break down barriers and have a conversation can constructive dialogue occur. AIPAC speakers included such a wide range of people from across the political and social spectrum. The giant general sessions with thousands of other college students encouraged me and gave me hope for the future. As college students at the University of Illinois, we should learn from this and unite around a constructive conversation.

Read Next: Power in Numbers at AIPAC Policy Conference