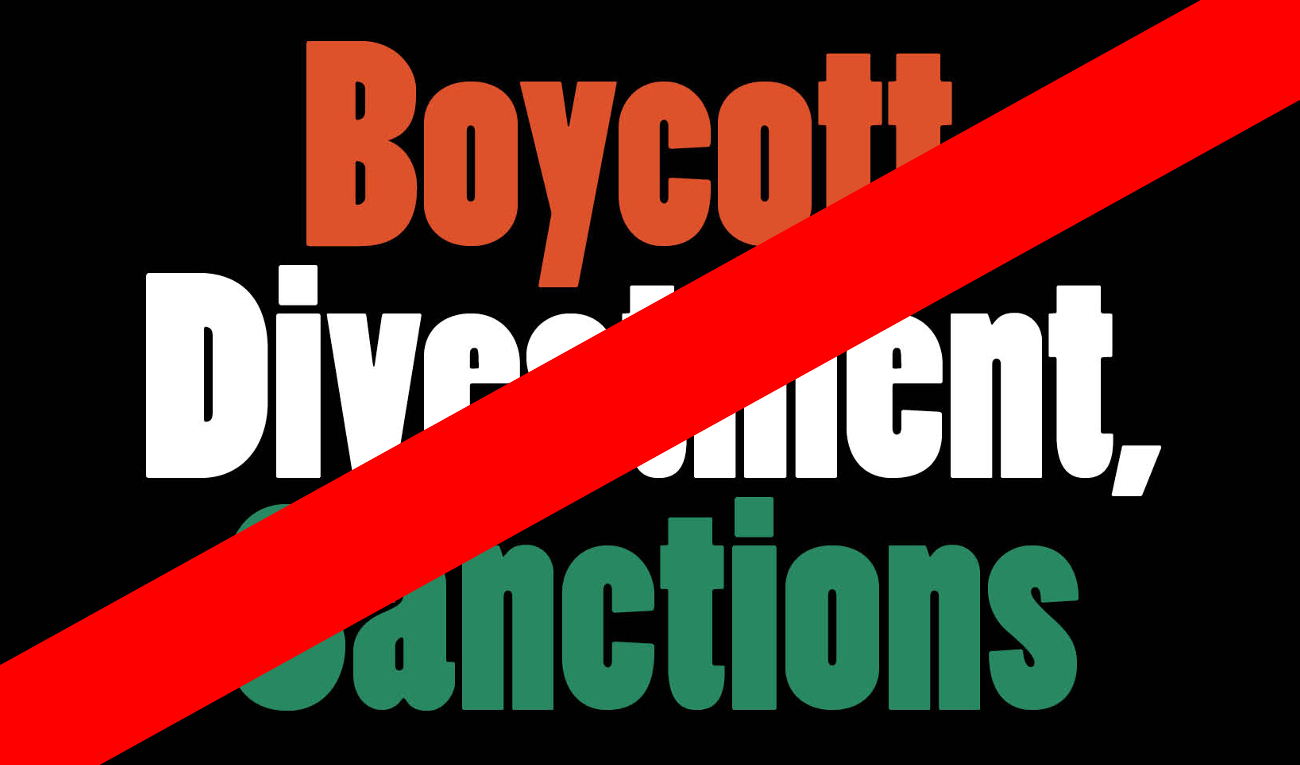 Originally published in the JUF News on May 8th, 2017.

To the University of Illinois Board of Trustees,

My name is Jack Cadden. I am a freshman at the University of Illinois at Urbana-Champaign studying Political Science and trying to pursue a Business minor. I was born in Illinois and have lived in the state my whole life. I grew up in Glencoe, a northern suburb of Chicago, and graduated from New Trier High School where I was a minority in terms of my religion: Judaism.

I do not wear a kippah, or any traditional Orthodox clothing; I resemble your typical white suburban kid. I am a member of a Reform synagogue; I was bar mitzvahed at age 13; I go to temple for the High Holidays; I go to a seder for Passover. I am part of the Jewish community, but in no means would I be considered a deep follower of the religion. However, when I stepped on this campus after winter break, I felt threatened because of my religion due to the pickup of the BDS movement.

Two months ago, in your annual spring referendum, you allowed a question that turned heads not only here in Champaign-Urbana, but nationwide in the Jewish community. The following was on question four: “This referendum calls upon the Board of Trustees to pull its investments from companies that normalize, engage in or fund recognized violations of human rights, including those of the Palestinian people and all people marginalized on the basis of race, ethnicity, religion, sexuality, gender, class, and ability.”

So let me break this down. A group of students called on you to sever your ties with corporations that also do business with countries who commit human rights violations. However, this group only called out one country — Israel. See, when you allowed these students to include “…including those of the Palestinian people…,” you not only gave this cause a vital rebirth, but jeopardized the safety and security of Jewish students on campus.

Now, let me explain the BDS movement and why it is flawed. BDS stands for Boycott, Divestment and Sanctions. The goal of the campaign is simple: to criminalize and delegitimize the State of Israel, through calling on universities to withdraw funding from companies who do business with Israel.

Unfortunately, we live in a world where human rights are abused in several countries and across several continents. With this movement only narrowing in on Israel, we should question whether this campaign is really about human rights, not on Israel’s right to exist. Wouldn’t it make sense that if the campaign was actually focused on human rights they would be mentioning the evils of the Islamic State or the violations in countless countries across Africa? This movement is not about protecting human rights around the world, it is about the push for anti-Zionism, the idea that Jewish people do not have a right to political sovereignty in a Jewish state.

To further this argument, let’s talk about what constitutes human rights. The United Nations established the “Universal Declaration of Human Rights” at the U.N. General Assembly in Paris back in 1948. Being three years removed from World War II and finding the barbaric remains of the Nazi attempt to exterminate Jews, Gypsies, and other minorities, the world knew they needed a piece of legislation stopping those horrors from ever happening again. The result was 30 articles establishing what it is to be human and the liberties, freedoms, and rights which come with being a human.

In the first article, the declaration states, “All human beings are born free and equal in dignity and rights.” The key word I want you to look at here is “all.” Rights are either guaranteed for all or they are not rights at all; every human on earth is guaranteed these liberties. Therefore, when your referendum allowed the question to only call out Israel, you allowed this campaign to trick you into thinking this is about human rights when it is simply not.

To be honest, however, I am not going to ignore the elephant in the room when talking about Israeli-Palestinian relations. The main accusation of the BDS movement has been the claim that the Israeli government’s settlement building in the West Bank and East Jerusalem violates the Palestinian’s right to their land.

Settlement building is an issue, which is why the U.N. Security Council voted 14 to 0 this past January in favor of condemning Prime Minister Benjamin Netanyahu and the Israeli government for the expansion of settlements. The U.S. even refrained from vetoing the resolution, breaking a longtime commitment to defend their ally in the U.N.

With President Trump in office, there has been a new push to bring the two parties together for peace talks, rather than rapid settlement-building. Netanyahu even “…shared information with the Israeli media on his intention to slow settlement activity to appease Trump.” This proves that the Israelis are willing to make compromises as their main goal is to establish peace in the region.

So although much of the land is currently occupied by the Palestinian people, the Jewish people have had a presence in this territory for a much longer tenure. Therefore, when the BDS movement notoriously displays images of Israel’s “land grabs” in some of the images below, the claim is dangerously flawed because of a Jewish presence in the territory, dating back thousands of years longer than the Palestinians. How can Israel be a colonial state when the lands they are building settlements on have been occupied by Jewish people longer than anyone else that have lived there? Well, the answer is easy, Israel is not a colonial state.

I also want to display how anti-Zionism is just another form of anti-Semitism. Essentially, we can define anti-Semitism as the idea that a group of people, in this case the Jewish people, are banned from freedoms, liberties, and rights that other members of the population or nation bear.

Anti-Zionism is the idea that the Jewish people should not have a right to their own country among the other countries that make up our world. The only difference between the two ideas is that one is discriminating against the individual in the population while the other discriminates against the population within the international community of countries. So although I am not Israeli, and the anti-Zionist movement may not seem to personally affect me, it is clear that the term is intertwined with anti-Semitic beliefs. Therefore, when walking on the quad and seeing the protesting of “human rights” solely against the Jewish State, it is hard to not feel the underlying discrimination that is being displayed.

The counter from the other side of the aisle is that anti-Semitism goes both ways. Alla Tartir, a Palestinian who now works in Geneva, Switzerland on the topic of Middle Eastern Relations, traveled to Israel in the summer of 2015 where he has since reported testimonies from Israeli citizens about Palestinian people such as, “…I have Palestinian friends but would never trust them.” This comment is one of the few Tartir includes which are of a discriminatory nature. However, there is no known campaign going on at the University of Illinois whose sole objective is to argue against a country’s right to existence based on discrimination. Yes, it is reasonable and fair that an Israeli citizen would be skeptical of their Palestinian neighbor as the region has seen unstopped violence initiated by the Arab alliance since the 1947 UN Assembly establishing Israel.

The BDS movement is flawed and is rooted in anti-Semitism. It was tough to stand witness to prospective students and their parents walking on the quad last week past BDS movement posters, one of which read “Israel Nuked WTC 9/11.” This hateful manner is not normal and has no place in the college community. Why should our school even be involved in this? This is a political issue, this is a non-partisan university, am I missing something here? The posters, which were allowed by the university registrar’s office last week during one of the Jewish religion’s most sacred holidays, Passover, were arguably slander.

For about 80 years, the Israeli-Palestinian conflict has gone on with no apparent stoppage of violence. As an American Jew, it is my goal to one day see peace in the region. The BDS movement makes no such attempt at returning leaders from both sides to talk peace. Instead, it provokes hate toward Israel and Jewish people claiming we stand bystander to these horrid human rights violations. Israel and the Jewish people have been the only ones to obtain a lasting, effective country in the region. As the governing board of student life, do not let this movement trick you. This is simply just the latest efforts by anti-Zionists at ending the only effective democracy in the Middle East.

Jack Cadden
University of Illinois at Urbana-Champaign
Class of 2020