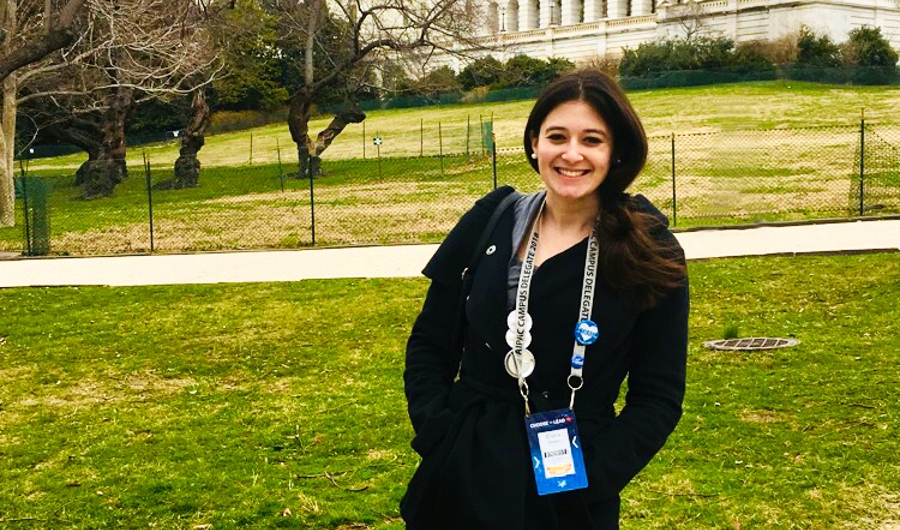 I had the privilege this month to have attended my fourth AIPAC Policy Conference. American Israel Public Affairs Committee (AIPAC) is an organization that advocates to strengthen the U.S.-Israel relationship. Each year, Policy Conference falls out within days of the Jewish holiday of Purim. Whether this is a coincidence or not, the message to me could not be more significant.

On Purim, we remember how the Jewish people living in Shushan, Persia were put in danger as an advisor of the king, Haman, declared a date on the calendar to mass-murder all the Jewish people. The Jewish people united themselves, prayed, and were saved in a miraculous act by G-d and with the faith and wisdom of Persia’s Jewish leaders. This type of hatred for Jews, or anti-Semitism, is unfortunately nothing unique to that period of time.

I live on a campus where student leaders tell me how to define anti-Semitism, and that I do not have the right to define it for myself; or that supporting the only Jewish State is not a Jewish value and makes me a bad person.

Sadly, we face Haman in our day to day life on campus. It is easy to get caught up in the darkness and the hate, to forget what we stand for and who we are as a people, or who I am as a proud Jewish supporter of the State of Israel at the University of Illinois at Urbana-Champaign.

And every year, as we read about the Haman of Persia, we come together at that same time of year to remember our strengths. I am so privileged to live in a free country where I know there is a true appreciation for me as Jewish citizen and the Jewish State. Getting to sit in a room full of 18,000 people and hear from top leaders in our country how they will always stand up for Israel and for the Jewish people is something that is priceless, and something that in Jewish history we have, unfortunately, seen to be rare.

Each year at AIPAC Policy Conference, I remind myself, that we are strong because of our unity. I am proud to be an American, to be a Jew, and to be an outspoken supporter of my ancestral homeland. I can only hope to see that we can continue to stand up together and to see unity within our country, our people, and our government for the utmost respect and support for the beautiful State of Israel and for its unbreakable friendship with the United States of America.