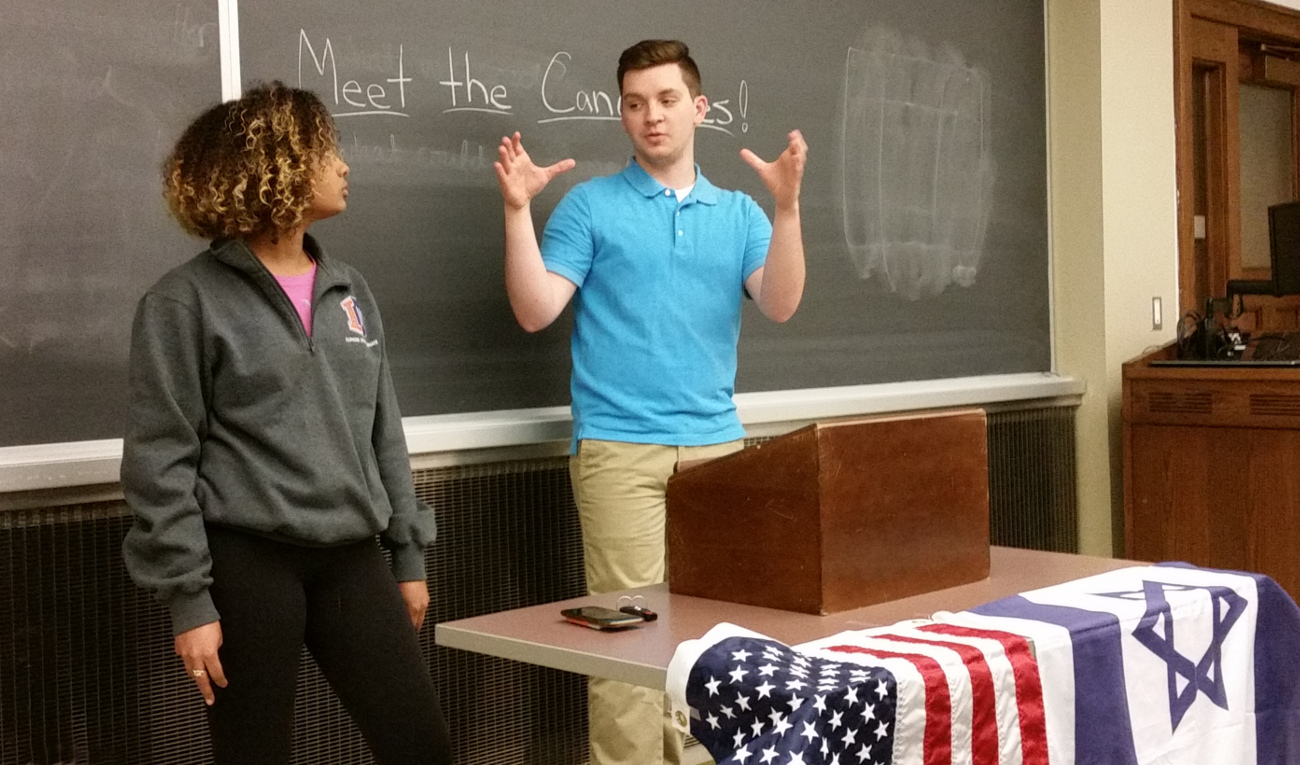 IlliniPAC hosted the event “Meet the Presidential Candidates: A Pro-Israel Community Forum” on the night of Tuesday, March 7th, giving University of Illinois students the opportunity to hear from our Presidential candidates before the elections happening on campus. All candidates appearing on the ballot for Student Body President were invited to address the issues they care most about and to answer questions from the audience.

Presidential candidate Raneem Shamseldin and her Vice Presidential candidate Joe Domanski spoke second, expressing their support for focusing on campus safety, specifically for students living off campus. They also expressed support for preventing sexual assault by working more closely with campus police. Raneem explicitly expressed her connections with IlliniPAC members and her support for the pro-Israel community on campus.

As a pro-Israel student and executive board member of IlliniPAC, I cannot give a formal endorsement to any candidate, but I know both support my concerns about Israel’s safety and security.

I appreciate each candidate’s vocal concern and support for Israel and pro-Israel students on campus. I know it is a challenge these days to stand up for what you believe in, especially in a such a controversial political atmosphere and student body. It made me feel safe as a Jewish student on campus to hear each presidential candidate express their support for Israel and IlliniPAC so vividly and sincerely.

Voting is open to all University of Illinois students on March 8th and 9th at vote.illinois.edu.