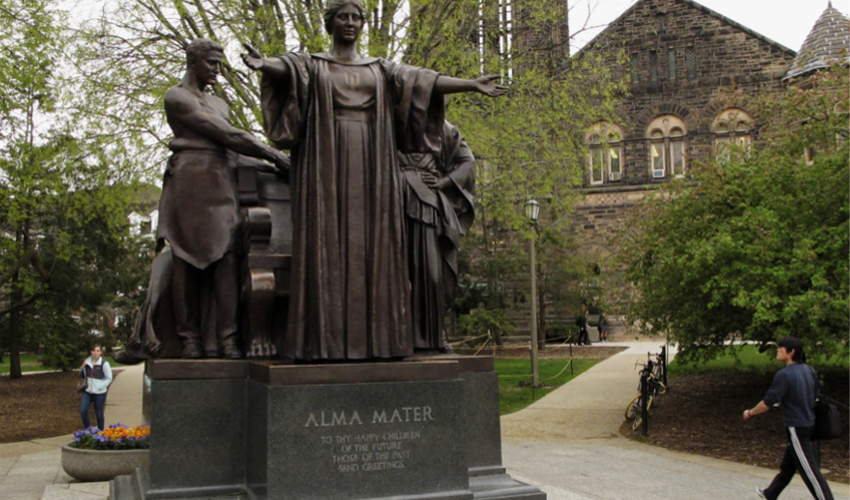 In early February 2017, an Israeli flag was defaced at a political rally on the Urbana campus of the University of Illinois. Red “bloody handprints” were painted on the flag. The word “genocide” was also written on the flag with red paint. The organizers of the rally then made offensive remarks about pro-Israel students at the University.

In response to this incident and others, IlliniPAC pro-Israel leaders at Illinois have been in conversation with the University administration and law enforcement officials. We are working with them to ensure the safety of all students on our campus, while respecting the right to free speech. Our message has been very clear: anti-semitism has no place at the University of Illinois.

We were very thankful to see the University of Illinois official condemn this act in a statement about protecting marginalized communities on campus, released February 23rd, 2017.

“We are at our best when we engage in dialogue that encompasses the widest range of views and voices. We do not need to agree on every issue. But hopefully we can agree that showing respect and regard for those around us is always a choice we can make,” the statement read.

“Hopefully we can agree that showing respect and regard for those around us is always a choice we can make.”

IlliniPAC will continue to work with the University of Illinois to encourage a campus community that promotes inclusivity for all students and works diligently to end acts of intolerance. We proudly stand with all students of any faith, racial, or political background.

View the full statement by the University of Illinois: