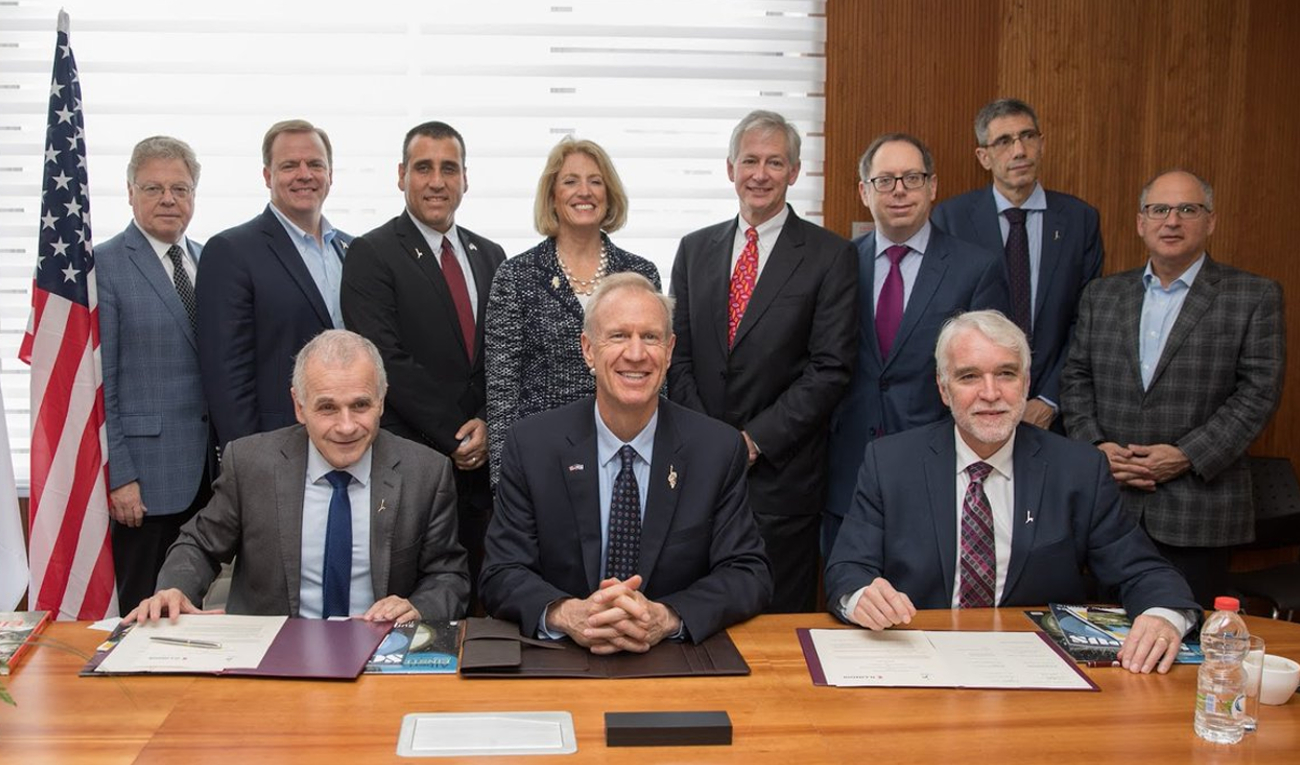 Remarks by Timothy Killeen delivered on November 16, 2017 at a meeting of the U of I Board of Trustees:

I joined a University of Illinois delegation that accompanied Governor Rauner on his recent trade mission to Israel. During the weeklong trip, we met with leading universities and research agencies across Israel, which has earned a global reputation as the “Start-up Nation” through the same culture of innovation that the Discovery Partners Institute will bring to Illinois.

Israel is flourishing through innovation. Between 1999 and 2014, research discovery helped launch more than 10,000 new companies. Half are still in operation today, and about 3 percent have annual revenues that top $100 million.

There was strong interest in the Discovery Partners Institute during our meetings, which also produced memorandums of understanding between the U of I System and four of Israel’s leading universities. Those agreements will connect each of our best-in-class universities with Technion University, Tel Aviv University, Hebrew University and Ben Gurion University. More meetings will now follow to forge groundbreaking research collaborations that lead the way to progress, and on exchange programs that prepare students to succeed in the increasingly global workplace that now awaits them.

Our trip also established connections beyond higher education, including meetings with the Israel Innovation Authority, Smart Cities of Jerusalem, and Tsofen, a non-profit that promotes integration of Israel’s Arab citizens into high-tech industry.

The international trip is another step toward the goals of our Strategic Framework that challenge us build on our rich legacy of global impact and pre-eminence.